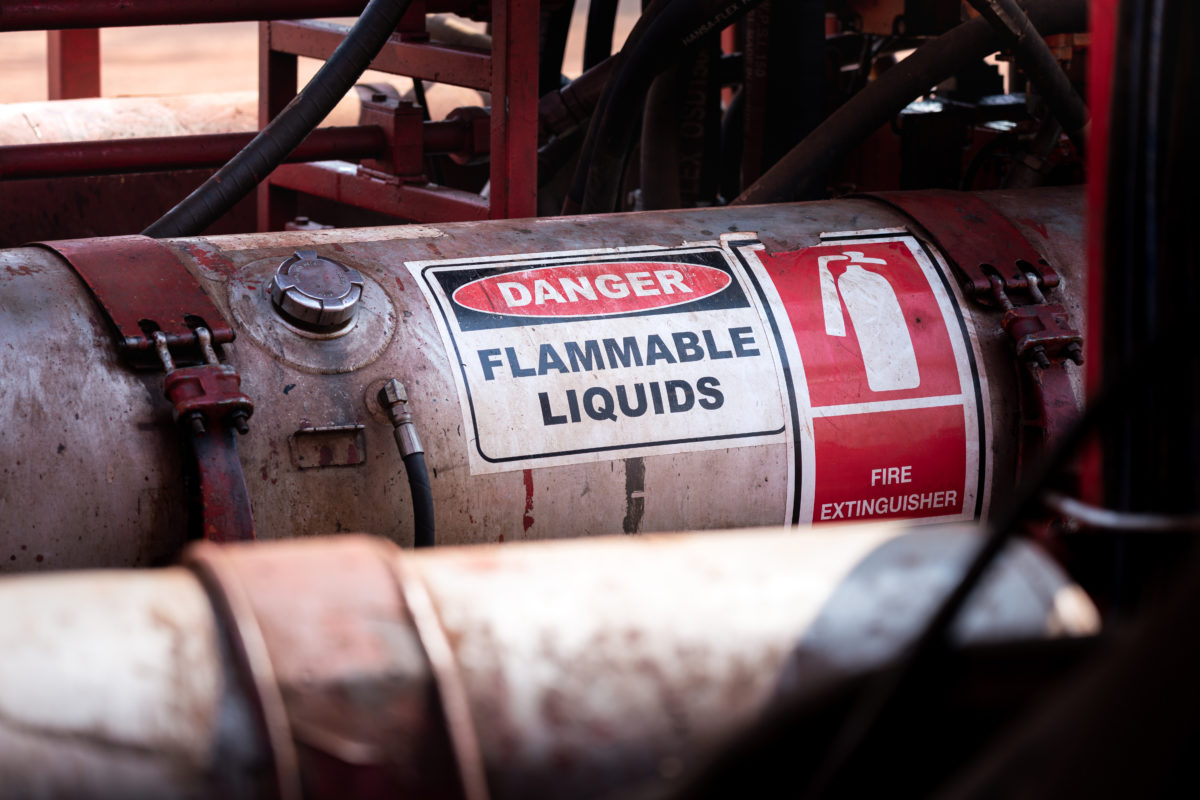 The ability of a chemical to either burn or support burning is a potentially dangerous physical hazard. The two primary measures of the ease with which a liquid will burn are the flash point and auto-ignition temperature. The flash point is the lowest temperature at which a liquid will emit sufficient vapors to form an ignitable mixture with air. In contrast, auto-ignition is the characteristic of a material in which it will spontaneously burn without the aid of an ignition source, such as a spark or flame.

Many chemicals will burn when ignited, whereas there are only a few that will spontaneously erupt into flames. While no single measure of flammability is sufficient for all purposes, the most commonly found measure in the literature is the flash point. For this reason, the HCS uses flash point in classifying the fire hazard of a chemical liquid.

Flammable liquid is a liquid having a flash point of not more than 93 °C (199.4 °F).  Flash point is the minimum temperature at which a liquid gives off vapor in sufficient concentration to form an ignitable mixture with air near the surface of the liquid, as determined by a specified test method. Initial boiling point is the temperature of a liquid at which its vapor pressure is equal to the standard pressure (101.3 kPa24; 14.7 psi), i.e., the first gas bubble appears. (Definition from GHS, Rev. 3)